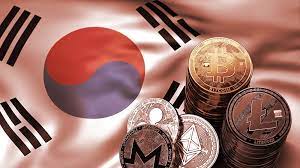 Terra employees are not allowed to leave South Korea, according to prosecutors.

According to a report by local media station JTBC on June 20, the prosecutor’s office in South Korea has barred key Terraform Labs personnel from leaving the country. According to JTBC, the travel ban was enforced to prevent Terra personnel from departing the country to escape being investigated. The departure prohibition was imposed by the Seoul Southern District Prosecutor’s Office in conjunction with the continuing investigation into Terraform Labs’ role in the collapse of TerraUSD (UST). Terra founder and CEO Do Kwon is currently staying in Singapore, according to JTBC. As a result, the prosecutor’s office is attempting to have Kwon’s passport revoked pending further inquiry. Prosecutors are also looking into whether Kwon and other Terra employees could face charges of fraud.

According to Daniel Hong, a former Terra developer, the travel prohibition includes even ex Terra employees. Hong went on to state in the short Twitter conversation that he and other staff were not informed about the prohibition. When Hong contacted the prosecutor’s office, he was told that such restrictions are not made public in order to prevent inquiry targets from deleting evidence. Being considered as “possible criminals,” according to Hong, is “totally absurd and disgusting.” He went on to say that the travel ban might cause some staff to reconsider collaborating with authorities. After the collapse of UST and its sister token LUNA, which affected over 200,000 Koreans, South Korean authorities initiated investigations into Terraform Labs and its personnel. In addition, the leading crypto exchanges in South Korea have decided to form a consulting council to ensure strict coin listing regulations and avoid a repeat of the Terra-LUNA debacle.