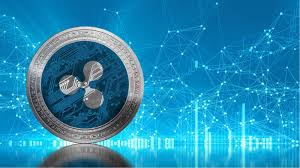 CEO Brad Garlinghouse stated on Monday, the U.S Securities & Exchange Commission or SEC might sue Ripple trade over its sale of XRP. The CEO’s move on Monday is recollective of how Kik, a messaging platform declared that SEC will register a suit against it for raising over $100M to create Kin, however, Kik later settled the case.

Although, the lawsuit will be filed over a coming period, though no particular date hasn’t been shared yet, as per the fortune. Currently, Ripple is already being sued by XRP investors in a presumed class-action lawsuit, on claims that the firm stated XRP’s value will increase.

The firm had earlier paid $700,000 in fines on charges, it violated aspects of the Bank Secrecy Act provided by the FinCEN, as well as the additional amount of $450,000 in fines to the U.S Attorney’s Office for the Northern District of California.

XRP was created and dispatched by Larsen’s Ripple Labs tech chief David Schwartz and co-founder Arthur Britto back in 2012. Ripple creates almost 55B XRP in escrow, releasing 1B each month. Ripple has sold nearly $1.2B in XRP over the last few years, as per Messari.

XRP is a currency that doesn’t require to be registered as an investment contract. Although, in 2015, the Justice Department and the Treasury’s FinCEN have already made clear that XRP is a digital currency, along with other G20 regulators. However, no other nation has classified XRP as security.

As soon as the news of the forthcoming lawsuit came into headlines, the price of XRP fell by 12% on the 24-hour exchanging period to below 50%. The crypto’s value had already started declined earlier the day, joining hands with a wider market decline. The price of XRP declined after the news of the potential lawsuit by SEC against Ripple appeared.