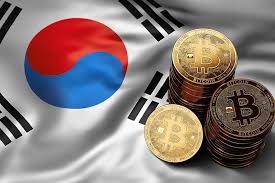 Prosecutors in South Korea have prohibited Terra personnel from leaving the country.

According to a report by local media JTBC on June 20, South Korean prosecutors have banned top Terraform Labs employees from leaving the country.JTBC reported that a travel ban is in place to prevent Terra employees from leaving the country to avoid the investigation. The Seoul South District Attorney’s Office has imposed a travel ban in connection with the ongoing investigation against Terraform Laboratories due to its role in the collapse of TerraUST (UST).JTBC reported that Terra founder and CEO Doo Kwan is currently living in Singapore. Therefore, the prosecutor’s office is demanding that Kwon’s passport be revoked pending further investigation.

Prosecutors are also investigating whether Cowan and other Terra employees could be charged with crimes such as fraud. As noted by former Terra developer Daniel Hong, the travel ban also applies to former Terra employees. Stop asking me why I can’t come to NYC Friends, here’s why: The Korean government is banning all former @terra_money employees from leaving today pic.twitter.com/5Jds99ZNwQHong said in a short Twitter thread that he and other employees were not informed of the ban. When Hong contacted the prosecutor’s office, he was told that no restrictions had been imposed to prevent the destruction of evidence for the purposes of the investigation.

Being referred to as “possible criminals” is “totally disgusting and unacceptable,” according to Hong. He claims that the travel prohibition may lead some staff to reconsider their willingness to assist the government. Following the collapse of UST and its subsidiary Luna, which impacted more than 200,000 Koreans, South Korean authorities have opened an inquiry against Terraform Labs and its staff. In order to comply with tougher currency regulations and avoid a repetition of the Terra-Luna debacle, South Korea’s leading cryptocurrency exchanges have also decided to establish an advisory board.

Read more: Web5 has been declared by Jack Dorsey’s Block as the replacement for web3 as the internet’s future.