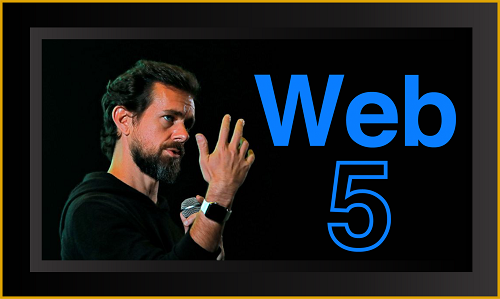 Web5 has been declared by Jack Dorsey’s Block as the replacement for web3 as the internet’s future.

At Consensus 2022, Jack Dorsey declared that TBD, Block’s Bitcoin division, is developing web5, a new vision for the internet. The potentially game-changing technology will be built to let consumers govern their own data instead of disclosing it to outside parties. TBD’s mission is stated as follows. TBD thinks that as the internet develops, “individuals at the centre” are more important than ever. With the exception of forums and chat protocols like IRC, the majority of the information in the initial web version was static HTML. Users were able to communicate with centralised programmes like Facebook as a result of the social media evolution, which gave rise to the web2.

Although web3 hasn’t yet proven to be the internet’s dominant technology, Jack Dorsey thinks a change is now necessary. This shift is brought about by what he refers to as web5, which is based on Bitcoin and stores data with the user rather than the application. For those who are unsure of what happened to web4, web5 was created by combining web2 and web3. The crypto community has enjoyed talking about what happened to web4, and there are many amusing tweets to be found on Crypto Twitter. Even Snoop Dog joined in on the joke by announcing that he is currently working on Web6, to which TBD responded, “Cool, we got five on it.” But not everyone in the cryptocurrency sector thinks the news is just for fun. It should come as no surprise that there are many supporters of a decentralised internet based only on Bitcoin.

Read more: Bitriver will mine cryptocurrency from gas left over from Gazprom Neft’s oil extraction.