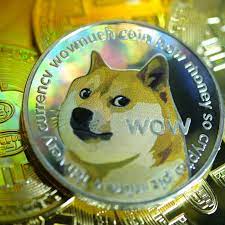 Following a significant gain the previous year, dogecoin, the most well-known meme coin asset, has not performed well in 2022. The humour coin that started it all, Dogecoin, is today worth 91% less than it was at its peak. Despite the dip, dogecoin’s market valuation still places it among the top 10 cryptocurrencies. The largest meme coin asset, Dogecoin, has been seeing a weekly value fall. Despite still ranking among the top ten cryptocurrencies, Dogecoin’s (DOGE) value has significantly decreased since reaching an all-time high on May 8, 2021. The current 24-hour price range for DOGE is $0.064 to $0.072 per coin. Over a year ago, DOGE last traded for $0.739 per unit.

On June 12, 2022, $567 million worth of DOGE was traded globally over the previous day. Dogecoin is currently valued at $8.68 billion on the market, or 0.755 per cent of the $1.15 trillion cryptocurrency market. Despite having the tenth-largest market valuation, DOGE’s market positions are below that of Solana (SOL) and just above that of Polkadot (DOT). Despite being 91 per cent behind the record high, DOGE has nevertheless increased by an astounding 75,260 per cent since the asset’s all-time low on May 6, 2015. Seven years ago today, DOGE was worth $0.00008690 per unit at that time. Recent market activity for Dogecoin has not been particularly promising; according to 12-month statistics, DOGE is down 79.3 per cent.

At 362.97 terahashes per second (TH/s), the DOGE hashrate is cruising along, down 72.91 percent from the 1.34 PH/s peak. Over the past two months, the hashrate has significantly decreased, as has the earnings from mining DOGE. Even though DOGE’s value has significantly decreased, this is not the meme coin’s first bear market. Since DOGE has faced challenges over the past ten years, it is likely to outlive some of the more recent meme coin assets that have been developed in the past year. Shiba Inu (SHIB), which is the only other meme coin with a market cap of $5.15 billion, is the closest competitor to DOGE.