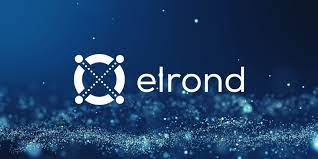 Elrond’s Maiar DEX is shut down by a suspected exploit.

Andu Tabacu, the creator of the NFT project Elrond Lucky Birds, revealed his discoveries by publishing screenshots of EGLD being exchanged for USDC using information from the blockchain explorer. According to Tabacu, this was likely an exploit involving “lottery style smart contracts.” Elrond has not yet provided any confirmation of this. Further updates, according to Mincu, will come after his staff has a greater understanding of the circumstance. Following the announcement, the price of the EGLD token fell precipitously, reaching a low of $66.09 before bulls took control and raised the price. Although an uptrend pattern is developing in the hourly price action since Mincu’s tweet, EGLD is still trading below that level.

The price drop coincides with a larger gain in the cryptocurrency market, which saw inflows of $68.4 billion during the previous 24 hours, increasing the market cap overall. The only top 100 tokens that have decreased during the past 24 hours, excluding stablecoins, are ELGD and PAX Gold (PAXG). The price of the gold-backed ERC-20 token PAXG, which monitors the price of gold in dollars per ounce, should be seen as being independent of changes in the price of other cryptocurrencies. On June 6, at around 5 a.m. GMT, Mincu provided the first update, stating that the problem had been located and that developers were “working on an emergency repair.” The community of Elrond was also recognised for its assistance during this trying period. A patch had been delivered, according to a later update Mincu released. As of the time of publication, Maiar exchange was still down, with an error page claiming that user funds are secure and that “rewards will continue.”

Read more: Across light of the ongoing crypto downturn, Coinbase plans to expand in Europe.