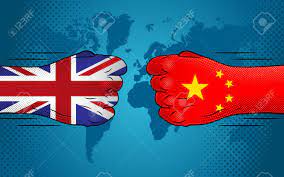 China’s approach and the Bank of England’s goal for the digital pound are different.

Bloomberg News quoted Bank of England (BoE) Deputy Governor Jon Cunliffe as saying that the digital pound will probably function as an account-managed instrument at the “trade level” as opposed to a direct-to-consumer currency. Cunliffe, who is in charge of leading the CBDC initiative in the U.K., revealed to a panel that officials are thinking of ways to improve the digital pound for “consumers in online transactions.” He voiced worry that criminals would utilise a direct-to-user retail business model inspired by China for money laundering and other unlawful activities.

Francisco Ura, global head of banking and capital markets at KPMG, stated that central banks are compelled to issue CBDCs in order to counter the danger posed by cryptocurrencies in December 2021. Private cryptocurrencies represent challenges to financial stability management and loss of sovereignty, according to Ura. Only seven nations had operational programmes at the time, and sixteen had pilots. The widespread growth of CBDCs is “not a predetermined conclusion,” he said in his conclusion. In the present, the CBDC tracker maintained by the Atlantic Council reveals that just 10 nations now run a programme and fifteen have active pilots, indicating a widespread reluctance among central banks to commit to the notion.

Despite the worries, the BoE is looking at the most effective methods to use a digital pound online. This approach specifically responds to Ura’s concern on the effects of a CBDC on retail banking and payment providers. Cunliffe noted that this methodology isn’t rigid and suggested that retail banks tokenizing and the BoE backing those tokens “one-for-one” as an alternative. The BoE intends to publish a consultation document on the possible effects of a CBDC on the retail banking industry by the end of this year. Cuncliffe said that the debut of the digital pound is probably five years or more away.