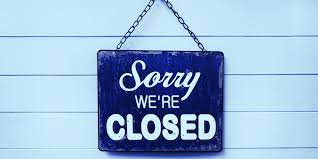 Celsius’s team has declared that the company’s business operations in the United Kingdom will be terminated. The decision was influenced by regulatory uncertainties around cryptocurrency, according to the corporation.

The post stated that the company’s activities would be relocated to the United States, however, it is unknown which state Celsius will be based in.

Celsius will instead concentrate its efforts on “securing licenses and registrations in the United States and other jurisdictions that will secure Celsius’s and its community’s long-term existence,” according to the business.

Users who have already signed up for Celsius in the UK should be able to continue using the service, according to reports.

The FCA issued a new warning to companies that had not yet registered with the regulator yesterday.

They went on to list 111 crypto companies that are “obviously doing business in the UK without being registered,” with the head of supervision using the chance to remind investors that cryptocurrencies have “tulip mania written all over it.”

Give a look at:-Amid a crackdown in China, Bitmain has halted the sale of bitcoin mining machines.