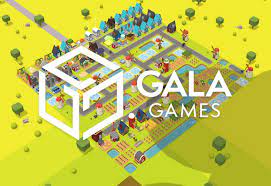 Gala Games (GALA), a blockchain gaming company and Epic Games have agreed to publish Gala’s tiles on the Epic Games Store. The Epic Games Store, a marketplace for PC and Mac compatible games, debuted in 2018. The publishing agreement will set Epic Games Store apart from other gaming token platforms by allowing more than 194 million people access to Gala’s Web3 titles. According to Gala Games President John Osvald, the collaboration with Epic Games will give blockchain gaming more credibility. He continued by saying that for gamers who are unfamiliar with the idea of digital ownership, or NFT gaming, the agreement represents “a turning point.” NFT gaming has recently drawn harsh criticism from players who label the idea a money grab intended to extort individuals for every last dollar. Additionally, those who hold this opinion claim that monetizing gaming eliminates its fun and escapism components.

The popular battle royale game Fortnite was released by Epic Games, which is well known for that. For the Chapter 2 Season 5 finale, the game’s top concurrent users were 15.3 million in December 2020. Since then, usage has drastically decreased; according to estimates, there are currently 3 million concurrent users online at any given moment. Fortnite still tops Minecraft and Counter-Strike: Global Offensive in terms of active monthly players, despite the decline in player counts. GRIT by Gala Games will be the first game available on the Epic Games Store in an attempt to duplicate this success. GRIT is a battle royale game similar to Fortnite, however, it is set in the gun-toting Wild West. Blockchain is a fantastic technology, but Valve co-founder and president Gabe Newell remarked in a February interview with Eurogamer that the way it was currently being used was “very shady” and “you sort of want to steer away from that.”

Read more: An injunction issued by the Singapore High Court prevents the sale or transfer of BAYC #2162 NFT.