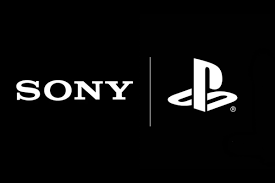 In its most recent annual corporate strategy meeting, Sony announced a metaverse push.

As part of its entertainment strategy, Sony, the global electronics giant, has declared that it will adopt a more targeted approach to metaverse experiences. Prior investments in Epic Games, the designers of the Fortnite game, and Bungie, another gaming firm, are part of this new drive, according to the business that owns the Playstation brand. To draw more people into their ecosystems, gaming and entertainment companies are increasingly attempting to incorporate metaverse experiences. Sony, one of the most powerful firms in the entertainment and gaming industries, has expressed interest in incorporating more metaverse-inspired experiences in order to attract customers. Epic Games, the producers of the blockbuster online brand Fortnite, and Bungee, the designers of the Destiny series, are among Sony’s previous investments and are included in this new emphasis. Sony’s entertainment segment, which includes games, movies, and music-related services, generated more than half of the firm’s income in the previous fiscal year, according to corporate figures.

Sony plans to utilize its Playstation brands to establish itself as a metaverse market leader. The Sony Playstation has one of the world’s largest install bases, thus it may be a useful tool for this new metaverse effort. In this regard, the corporation announced that it “intends to harness the unique assets afforded by its diversified companies and expertise in gaming technology… to create new entertainment experiences in the metaverse.” However, the business is already lagging behind competitors in the industry, such as Meta, which is developing gear to give clients metaverse immersion experiences. Meta owns the Oculus VR headset brand and offers its flagship metaverse app, Horizon Worlds, exclusively to Oculus customers. Sony has already shown off their VR2 headsets, which will function in combination with the PS5 consoles. The headset was expected to be released this year, but owing to supply chain concerns, it may be postponed until 2023.

Read more: Collectors and enthusiasts may now use Onliners Metaverse to transform their image and likeness into eye-catching NFTs.