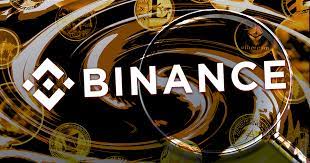 The United States Financial Crimes Enforcement Network (FinCEN) which is a bureau of the country’s Treasury Department states that Binance is linked to the Bitzlato, which is seen as an illegal cryptocurrency platform.

As per its order published on January’18,  FINCEN argued that the Binance cryptocurrency exchange was found to be amongst the “top three receiving counterparties” in terms of Bitcoin transactions.

According to FinCEN, Binance was among the top counterparties that received Bitcoin from Bitzlato from May 2018 to September 2022. It clearly mentioned that other counterparties included a Russia-based Ponzi scheme called “Finiko” an Russia –connected darknet market  Hydra, and Finland – based exchange called LocalBitcoins However, the authority did not mention Binance as the top three Bitcoin sending counterparties in order.

FinCEN provided that approximately 2/3rd of Bitzlato’s top transactions are associated with darknet markets or scams. Alongside, the agency noted that between 2019 and 2021 Bitzlato received cryptocurrencies worth $206 Million from darknet markets. $224 Million from scams, followed by $9 Million from ransomware attackers.

Unlike other crypto exchanges, Bitzlato was a less-known cryptocurrency service platform. It was founded in the year 2016 and has reportedly had an office in the Federation Tower Skyscraper in Moscow where it facilitated transactions of $100,000 or more.  The alleged link of Binance in Bitzlato highlights the concern relating to the exchange’s working and potential relationship with Russia. Few previously issued reports suggest that Binance was among crypto exchanges that chose to continue serving non – sanctioned Russians after the EU adopted the 8th sanction package against Russia.

The news popped up after multiple US authorities started to enforce actions against Bitzlato accusing it of money laundering and facilitating circumvention of sanctions against Russia. Amidst the ongoing cases against Bitzlato, the Federal Bureau Of Investigation arrested Anatoly Legkodymov, the founder of Bitzlato on January ’17,2023 in Miami.