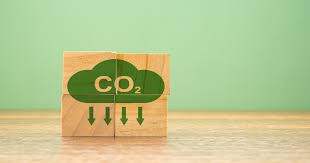 The research shows that Dogecoin was the only Meme coin in 2022 to reduce its footprint which is considered as the key criterion for its mainstream adoption. The reduction in carbon footprint was more than 25% in a year. This is generally seen as a result of intervention by Elon Musk.

Back in May 2021, Elon Musk backtracked on accepting Bitcoin payments due to its rapidly increasing use of fossil fuel for Bitcoin Mining. Instead, Tesla’s CEO envisioned Dogecoin as the best-suited digital coin for facilitating transactions and considered it to have huge potential merely being a joke coin. While Musk collaborated with Dogecoin, it was high in carbon emissions.

As a result of the proactive efforts of Tesla’s CEO and other members of the Dogecoin ecosystem, the coin witnessed a significant reduction in its CO2 emissions. This emission was recorded as 1,423 tons in 2021 and it came down to 1,063 tons in 2022, as per the reports of Forex.

The reduced carbon footprint has brought immense community support for Dogecoin and has made it a viable financial instrument in 2023. While talking about the year-long price performance of Dogecoin, it performed much better than the other top assets in the category. Alongside, Dogecoin emerged as the third–best performer after XRP and BNB. Moreover, this prominent meme coin also outperformed its biggest competitor SHIB (Shiba Inu) while SHIB focused on building a layer -2 network and other blockchain and metaverse projects.

However, not to forget Ethereum, the popular digital token experienced the biggest reduction in its carbon emission after transitioning to Proof-of-Stake (PoS) mechanism. Ethereum annual emission was 8.3 times more than Dogecoin.