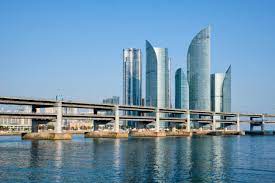 After the downfall of FTX, which was the key exchange partner for Busan City the administration reconsider its plans to onboard third–party crypto exchanges.

Busan City has been officially declared a regulatory-free zone for blockchain technologies in July 2019. Since then the city has been responsible for implementing various blockchain applications in industries such as tourism, finance, logistics, and public safety. Furthermore, the local government also started to pursue its blockchain plans for developing blockchain–based digital currency in the collaboration with KT, the telecom giant.

Busan, the popularly called “Blockchain City of South Korea”  plans to form its local crypto exchange even though it has most of the global centralized exchange partners. Recently, the city has announced the development of a steering committee that would act as a municipal advisory body developed to support the establishment and operation of the digital asset exchange along with strengthening its external cooperation system.

The committee comprises 18 local blockchain experts. Surprisingly, none of these members belong to those five exchanges that assisted the city in establishing its first official digital asset exchange. Binance, Crypto.com, Gate.io, Huobi Global, and FTX were those five partner exchanges of Busan city.

By forming this administration committee Busan City aims to establish an exchange that categorizes digital assets as securities and non-securities, and based on the listing, market monitoring, deposit, and settlement. Before recruiting the committee members, the city administration had already created an established fund in the first half of the year.

Busan City’s drastic decision of moving away from global crypto exchanges came as a result of the colossal failure of centralized exchanges globally.