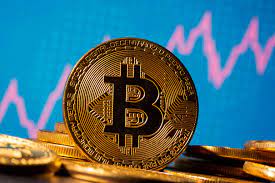 Coinbase, an American cryptocurrency exchange, will shortly start trading DOT, Polkadot’s native asset. According to a blog post, inbound transfers have already begun, and trading will begin on June 16.

Because of the so-called “Coinbase Effect,” DOT has gained by more than 16 percent since then. The average return five days after a coin launching on Coinbase is 91 percent, according to a report by Messari, an analytic source.

According to Messari, this is significantly greater than a listing on other exchanges such as Binance, Kraken, FTX, Gemini, and Okex.

Polkadot is a “multi-chain” platform that aims to connect disparate networks. Because they were created using distinct technology, Bitcoin and Ethereum, for example, are unable to communicate with one another. This lack of compatibility is widespread in the crypto industry.

Polkadot, created by Ethereum co-founder Gavin Wood, is one project attempting to remedy the issue. In this market, Thorchain and Solana are also competitors.

However, Wood’s invention is still a long way from attaining its goal.

Each component is first deployed and tested on Polkadot’s so-called “canary network” before going live. Kusama, in a sense, is a  testnet  that allows each component of the Polkadot network to be thoroughly evaluated before deployment.

The team is also routinely launching fresh experiments on Kusama these days. The spokes of this multi-chain wheel of blockchains, known as parachains, have been started on Kusama, though at a lower capacity. The next step is a parachain auction, in which various initiatives compete for a place in the Kusama environment.

According to Wood, the auctions will continue well into July.

Users can now speculate on both Kusama and Polkadot’s native cryptocurrency while they wait, thanks to Coinbase.

Give a look at:-Aave and Uniswap are among the banking services added by Sygnum for DeFi Tokens.